Know Which Explainer Video Style Will Work Best For Your Brand.

If you’re looking for an explainer video, it’s important to get it produced in the right style. While some styles are quite popular, there are more styles out there than you probably think. Additionally, some styles may work great for your brand and the assets you have, while others may not fit at all. Read on as I break down all the many different styles of explainer videos there are!

Thinking of getting an explainer video?

2D Motion Graphics are a good “all-around” style for explainer videos. They are made by manipulating images – either stock or custom designed. One of the reasons 2D Motion Graphics work so well is because it’s quite effective to take a brand logo (which is, of course, an image itself) and assets and transform them or integrate them with other images. It’s most suitable for app demos, tech animations, financial graphics, and corporate explainer videos.

This is the most popular choice for explainer videos. It works for everything and many startups use this style. As we mentioned in a previous blog, it’s a great choice — it’s the best cost value because, using characters, you can replicate customer experience.

If you want to show relatable interactions between your target audience and their pain points or the benefits of your product, 2D Character Animation is the way to go.

Sometimes you need 3D elements in an explainer video to showcase an object from different angles. Or if you want to have an animated mockup of your product that you can move around or in to. 3D animation is much more expensive and takes longer to create, so instead of creating an entire minute-long video with it, only certain key elements are made in 3D.

2.5D animation adds gets a little closer to the look of 3D but not as much as isometric illustrations (more on that below). 2.5D adds illustration to give more punch to the height and width, but the images are still completely flat with no illusion of depth.

3D explainer videos are expensive as far as computer animation productions are concerned. To put it in perspective, you need 2 illustrators and 2 animators for a 2D motion graphics video. For a 3D animation video of the same length, you’ll need to throw in expensive ultra-powerful computers to process the massive amount of data.

A practical guide for any company planning to create a 3D explainer video.

It’ll also take a lot of time to render it all out, which of course you need to pay the staff for. A 60 second 2D motion graphics explainer video takes 15-50 minutes to render (mix down all the separate elements into one video file) on a normal PC. A 3D animated video can take hours, even days. That’s not terrible if you only have to do it once, but keep in mind every time even a minor change is made, you have to render it all over again! 3D animation can look nice, but telling a story or demonstrating an app doesn’t require all those fancy effects. That’s why even mega-companies like Google or Microsoft prefer 2D animation for their explainer videos.

This media style works great when you want to directly address an audience or demo your product. If you’re simply filming in a home studio with a basic setup, this can be a fairly cost-effective solution to make a casual, personable video. But it should be noted that once you start to add outside elements like locations, actors, and crew, costs skyrocket. An average 30-second live-action video can cost anywhere from $50,000 to $250,000.

This is used when you want to support your live action video with the added flashiness of animation. You’ll see many live action videos accentuated with 2D motion graphics. A trail following a person. Text bubbles appearing above a mobile phone. Statistics popping off a live action chart. All those are common examples. It’s a great way to make key moments more impactful. This style is good for brand videos and presentations.

Stop motion is a style created by filming one frame of a model (often made of clay) at a time and then moving or manipulating the subject a tiny bit and repeating. It’s eye-catching because it’s uncommon and has its own artistic charm. It’s also difficult to create (you need a special studio and equipment) and quite pricey.

This style’s name is pretty much self-explanatory. Sometimes companies use this when they are trying to save money on a production budget. It looks cool for a few seconds, but the problem is nobody is going to read animated texts for 60 or 90 seconds. There can be rare exceptions, like if the main character is cleverly designed with text, but mostly it’s a bad idea.

This style is great when you want to demonstrate the app in action. We can record directly from the browser or app and then add some visual tricks (highlights, zooming and scaling, big mouse pointer, etc.). Also, screencast video can be added to live footage when a person is using their phone or surfing the net.

Helpful when there’s a lot of data to convey. Infographic videos are meant to make it simpler to see or understand statistics and lots of, well, infographics.

This style is becoming more and more popular. Companies don’t want to spend the money on custom live video — but you can get just about any stock footage clip you like starting at about $70. Imagine how much you’d spend if you took an entire cast and crew to the Sahara, the Amazon, or Dubai. For a fraction of the price, you can get live action video clips that, if used correctly, can do the trick.

Technically, it’s still 2D. But it’s created in a way that makes it look 3D. Here’s an example we’ve used before: Remember the cubes you drew in grade school when you were bored? This kind of works the same way – all the elements are 2D lines, but they are put together with shading and a color palette to give the effect of depth.

This is used when you want to use famous imagery or memes in your video. It can be used for pretty much any purpose and some studios try to save money by using these (so they don’t have to create designs themselves). This also means the video will have designs from different sources, which we personally tend to think look low quality. We believe that a video should be all in one style.

This is another style that is pretty much what it sounds like. Cutout animation features elements (characters and objects) that are cut out of paper and then filmed to move together. It’s low-tech for sure, but since it’s so simple, the viewer can focus on the message instead of being distracted.

This is how animation all started. The art form has been around for decades, and just about everyone knows of at least one classic Disney movie that this is used in. It’s done the old-fashioned way — every single shot is hand drawn, with a slight adjustment in movement for every frame. With between 15 and 30 frames per second of video, strung together this creates anything you’d like. It’s very beautiful, but also very time-intensive (which translates to expensive). You can learn more about drawn animation here.

This is a style now widely used by startups. I’m not entirely sure why that is — maybe they like the minimalist design. Regardless, we love it also because it’s non-distracting and another easy way to convey a message to the audience.

This style is used for 2 main reasons. First, it’s an interesting visual effect. Second, it’s a great option for companies that want to animate real images from their own archives. For example, here’s a clip using an old photo from long before there were any explainer videos at all.

Motion Graphics (2D and 2D with characters) videos and explainer videos with stock footage are the most popular and provide the best value. They are relatively inexpensive, yet have high production quality.

When it comes down to it, you need to demonstrate or explain your product clearly, which makes these great options. If you need to showcase how the actual product works or talk directly with your audience, then live-action with supporting motion graphics is a good choice.

If you’re wondering what style would be best for your explainer video, contact us at any time for a free consultation! 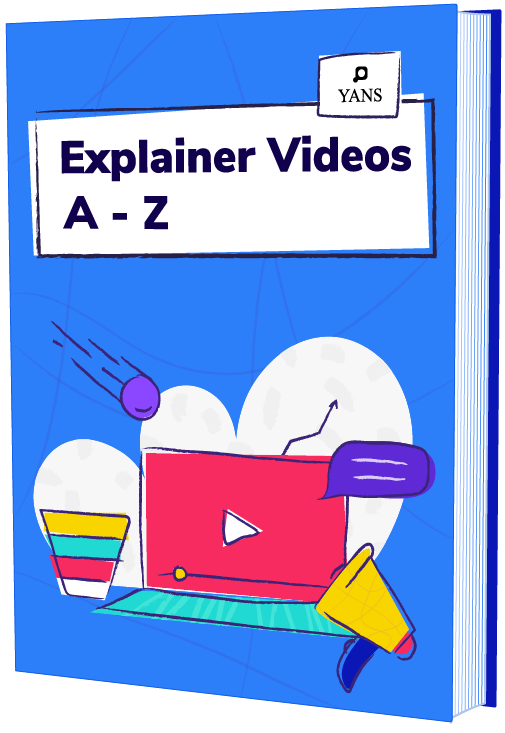