Thinking about what style will be the best for your business video? Check out our research and learn why 2d motion graphics is the best style. 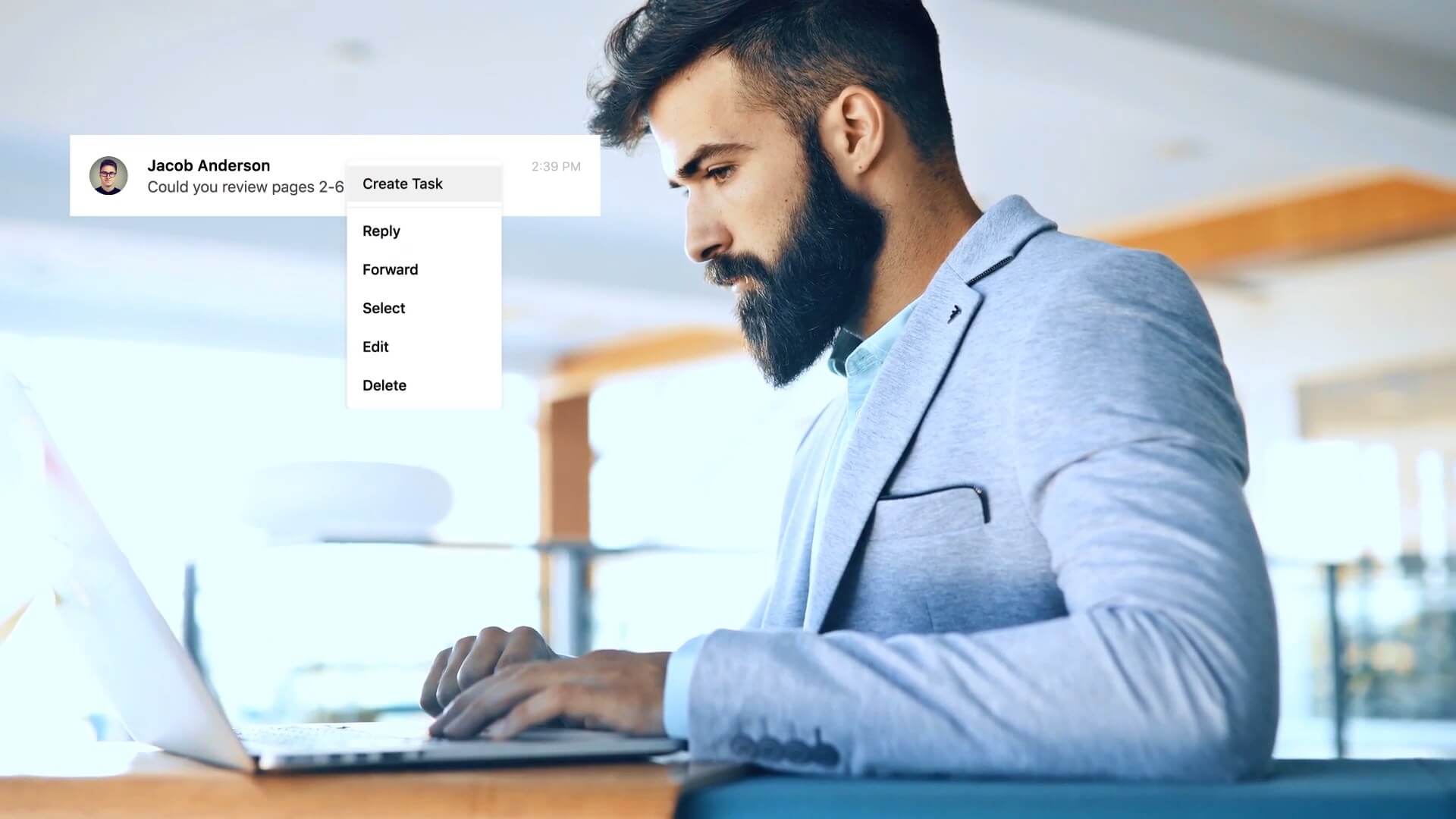 Looking for a motion graphics studio to work with?

When it comes to promoting your brand, digital media is a must. We’ve written plenty of material on just how effective and powerful video is for advertising and marketing, and it’s only getting bigger.

But what kind of video should you use for your business, and why? There is one format that marketers keep going back to, time and time again: 2D motion graphics. Here now are the 9 reasons why.

There are many great 2D motion graphics animations studios out there. There are a few different key reasons for this. One of the main reasons is that there are far more people out there trained to use computer software than there are artists who want to make animated videos.

Now, of course, if an animation studio has talented artists and computer savvy designers, they get the edge. But much of the work of 2D motion graphics is done by using software to animate existing assets. You can get an amazing video that takes your logo and creates beautiful transitions by someone knowing how to use Adobe After Effects. Of course, that is a very basic example, but the point is you can get a great video by taking existing materials and using software to animate them.

You’ll also learn quickly that while there may be many studios, there is a difference in quality between them, and it isn’t always based on price. To get a better feel for motion graphics quality, we recommend you visit Behance. It’s a website where studios post their work, and animators and creatives talk about the work of others. It’s also a great platform to spend a little time on if you’re wondering what your own video should look like. You’ll come away from there with plenty of ideas.

Not only are 2D motion graphics stunning in video in the hands of a good production house, they are also the cheapest method of creating animated video. Traditional animation can look gorgeous and have its own charm, but every frame is hand drawn by an animator and it will cost much more for a custom video. It will also take a lot longer since an artist has to draw approximately 30 frames for every second of video. That is a lot of work, and as you can imagine, can be costly. A reasonable budget for a traditional animated video can be ten times higher (or more) than a 2D motion graphics animated video!

3D animated videos can also look stunning and there is a use for them, but they are also costly. And when I say 3D here, I don’t mean “put on your 3D glasses and watch things fly at your head.” What we’re talking about here is 3D modeled animated video. 3D also takes longer, and not just for creating. Rendering (mixing all the elements together to a final video) a minute long video can take hours because the 3D models have so much extra information than flat 2D graphics. That brings us to the next point.

During the production process, there are often revisions. Most of the time they are minor, but even minor revisions chew up time and money. With 2D motion graphics, the revision process still requires work, but it’s far less work than other animation methods. Adjustments can be made simply, and a designer can play back the result in real-time.

For example, let’s say we need to change the timing of a scene so that a character transitions in and lasts one second longer on screen. With 2D motion graphics, the designer only needs to go into the project in After Effects, change the animation length, and the software basically does the rest. With traditional animation, that entire sequence needs to be either redrawn or drawn for the first time. To add one additional second requires 30 additional frames of the character to be animated.

With 3D, every minor change is still a major change, because you’re working with an entire extra dimension of data. Adding that one extra second to the video may not take too much time once you’re in the project, but rendering it out into its final video may take a few hours. And that may not seem like a huge deal until you realize that you have to re-render the video each time someone wants to put in a new logo or decides a character should be blue instead of yellow, and that adds up real quick. That makes it incredibly inefficient to make revisions to a 3D animated video.

This is an extension of what we’ve been talking about in regards to the ease with which revisions can be made to 2D motion graphics projects. When you’re up against a tight deadline, there’s no better chance for making sure you’ll hit it than when you’re working with 2D motion graphics.

Got an urgent presentation to a client in two hours and your CEO just decided to change your slogan? You can get that change made and get your revised video uploaded to you with enough time to take a coffee break before your presentation.

The same is true if you’re up against a product launch — you’re assured the quickest turnaround possible if last minute details need to change. Barring a page-one rewrite (which will still get done far quicker than 3D or traditional animation), you’re setting yourself up to be prepared when going with 2D motion graphics.

Another time-based aspect is that because 3D and hand-drawn animations are so work-intensive, every detail must be approved ahead of time before work can begin. It’s in no one’s good interest to do extensive work before the client is 100% signed off on it with those styles. With 2D motion graphics, making those same adjustments is far less time-consuming which means it’s not as imperative to have every little detail approved before doing work.

Sometimes revisions need to happen long after the project is finalized. While a new slogan or logo right before launch rarely occurs, rebranding happens all the time after a couple of years. And the same revision rules apply — it’s far easier to make changes to a 2D motion graphics project file, even years down the line.

Additionally, the ease of use of the platform is a marketing team’s dream. It’s easy and affordable to make a video with several different versions with minor difference or alternate CTAs for testing purposes or to target different audiences.

Even the largest companies and brands on the planet — Google, Microsoft, Slack, everyone — use 2D motion graphics for their explainer videos. They have the money to do whatever they want, so why do they often go with the “cheapest” option?

One is because of the flexibility. They’ve got deadlines and presentations too, and having the ability to make quick and easy changes is a must. Another is because, especially with corporate explainer videos, the main goal is to deliver a message.

The video can be stylish and beautiful (and should be at least to some extent), but the ultimate goal is just about always to launch a product, introduce an idea, or reinforce a brand — not win an Oscar.

That said, there are scores of wonderful 2D motion graphics animated videos that do win awards and go viral because of how well produced they are.

Just like 2D motion graphics are easier to work with for revisions and when you’re working with a deadline, the style also plays great with different aspect ratios. It’s relatively easy to make a 2D motion graphics video work in the 1×1 size of Instagram, the 16:9 widescreen look, or a 9:16 portrait ratio for phone viewing.

For 3D animated videos, moving all those models around to fit different aspect ratios takes a tremendous amount of time, and simply cropping the video will make it look sloppy and cut out necessary details. And porting traditional hand-drawn animation into a different aspect ratio is just plain impossible. Your only options for that are an awkward crop or literally redrawing the entire animation from scratch to fit the new dimension.

You’ve seen plenty of videos or commercials combining 2D motion graphics with other styles whether you immediately realize it or not. All those live action videos with floating text and a logo that flies in at some point (which is just about every commercial out there) is exactly that.

2D motion graphics are also appealing when mixed with other formats — they look great with 3D, whiteboard videos, traditional animations; pretty much everything. One of the reasons for this is that the industry standard suite of software from Adobe makes it easy to seamlessly blend or add motion graphics into projects, so they have evolved to work well with all types of projects.

Because of the vector based graphics used, it’s very easy to create infographics, animated charts and graphs, liven up numbers (great for adding life to unexciting visuals like budget forecasts), deliver statistics, and more. With 2D motion graphics animations, you can make even a hard-number breakdown of the fiscal quarter interesting to pay attention to.

Also, it’s quite easy to convert those assets into other forms of media. You can easily pull an infographic from the video project file, blow it up, and print it out for a high quality board-room display. On the flip-side, if your marketing team has already created an infographic in Photoshop or Illustrator, the pieces are in place that can be turned into a video by animating the different elements of the project file.

Hopefully this post gives you a comprehensive idea as to why a 2D motion graphics style is the best choice for your animated business video. It isn’t very often where the cheapest solution is also the best, but we live in an age of technology that has enabled this to truly be the case here. It wasn’t that long ago where if you wanted any kind of video to promote your business, your options were few and costly. Now, you can get a fully custom animated video that is designed from the ground up with your brand in mind, and at a price a fraction of the cost of what a video would have been a decade ago.

If you have any further questions, or would like to learn more about what Yans Media can do for your business, please don’t hesitate to reach out. We are always happy to talk.

How To Become A Great Motion Graphics Designer