What Is A Minimalist Explainer Video

Minimalist explainer videos can be a useful marketing tool. But what exactly are they, and how are they made? We show you with examples. 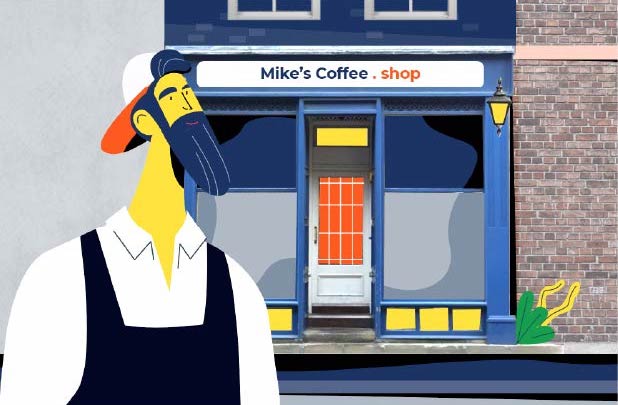 Minimalism in the explainer video industry is defined the same way many kinds of minimalism is - using as few visual elements as possible, and removing superfluous information, objects, and colors to achieve as focused an impact on the viewer as possible.

There are many different ways to approach minimalism in explainer video production. You can achieve it through clear and understandable concepts, by creating short marketing messages, by using a simple style and clean visual elements, or even by creating a video that contains all those above-mentioned aspects.

Developing a minimalist concept can be tricky, but it's worth taking the risk. A minimalist explainer video can also present differently in the eyes of various people, but for those who want to produce a minimalist marketing video message, there is always one thing that's mandatory to get right - the concept.

Thinking of getting an explainer video?

How to Create a Minimalist Explainer Video Concept

Before we start the conversation on how to develop a minimalist explainer video concept, I want to clarify that minimalism in the visual art industry strongly differs from minimalism in the video marketing industry. In the video production industry, there are several key points that we are referring to. It goes beyond just the look, and includes developing the right script, style, timing, visuals, and sound design. ‍

Let's start from the foundation, which is the script.‍
Simplicity is the key element for creating a minimalist explainer video script. "Less is more" when you follow this simple rule: select only the most important ideas that you would like to mention in your message. That will put you on the right path of creating a minimalist explainer video script.

It's impossible to think about minimalism without imagining clear visuals and uncluttered lines,  a basic color palette, and a clean canvas (digital or otherwise).

As an example of a minimalist explainer video style, I've chosen the Google Chrome Enterprise video. Although Google has many colors in its branding, the creators could still work with all those colors and keep the style clear and simple.

Another thing I would like also to mention is the white background. That's nearly always a winning choice for a minimalist explainer video. Especially in this case when they had so many brand asset colors to work with.

This video also employs minimalism for its script. Traditionally explainer video scripts require answering sales questions regarding the problem, the solution, how the product works, and a call to action. But with a minimalistic style, “cluttering up” the script with so many answers isn’t really an option. Instead, you should choose one key point, build a strong message, and create a powerful emotional impact on the viewer with it.

As you can see, the narrators of this video chose a benefit-oriented approach that triggers an impact on the viewer to make them feel that Chrome is the only browser for them. Simplicity, clarity, and focus create effective minimalism for this explainer video.

As an example, I've picked this specific Mailchimp video, but you can surf through all of the Mailchimp explainer video content and see the same preciseness and tidiness in creating short and direct explainer videos. Their videos execute true minimalism and are a perfect example of how you can create success with excellent timing in an explainer video.

What we learn through this video is that 30 seconds is enough to hook the viewer and make that very first impression memorable. Another minimalistic lesson this Mailchimp video masters is the color palette. Working with only the two colors of their brand - yellow and black - they show how even with few color options, the video can still look visually stunning.

As I touched on earlier, when we talk about minimalist explainer videos, most of us envision it only in terms of visuals. But as we learned above visuals are only one of the many components that create minimalism for an explainer video.

Of course, visuals are still an important aspect. And when creating your minimalistic visuals, you should aim for a fresh take of how you're designing your environment.

First, you should remove all the excessive elements that don't add value to your message. In modern life, where people have short attention spans, we don't want to distract our viewer with any objects that pull focus from the message.

Form is also very important, so the next thing we should consider is creating objects that speak to one another, that complement one another. This covers designing characters and everything else so that they all vibe with one another. Lines, color, and mass are the three things that must flow together so that in the end, we have one organic and functional composition.

Uniqueness is the third most important thing for a minimalist explainer video. To grab your viewers' attention spans, this can play a crucial role. So, be sure not to ignore this point.

Want to see how color, shape, and mass work together to create visual minimalism for an explainer video? Just watch this Airbnb video. As you can see, every element in this video is built in an organic relation to each other. In the end, the viewer’s attention is always funneled toward the message.

If you’re not paying close attention, you may not even imagine how sound design can change the perception of your marketing message. Implementing minimalism in the sound design is just as important as any of my other points. With improper, ill-fitting, or noisy sound, you'll put all your previous work to waste. The sound should maximize the impact, never take away from it. So, choose sound that will complete your message and complete the minimalist package.

If you’re thinking of creating a minimalist explainer video, we are always available to answer any further questions you may have. Our strategists are happy to provide a free consultation at any time.