Digital video commercials are looking better and better, but the elements that make them successful are eternal. We take a look at the top ads of 2022 and what makes them work. 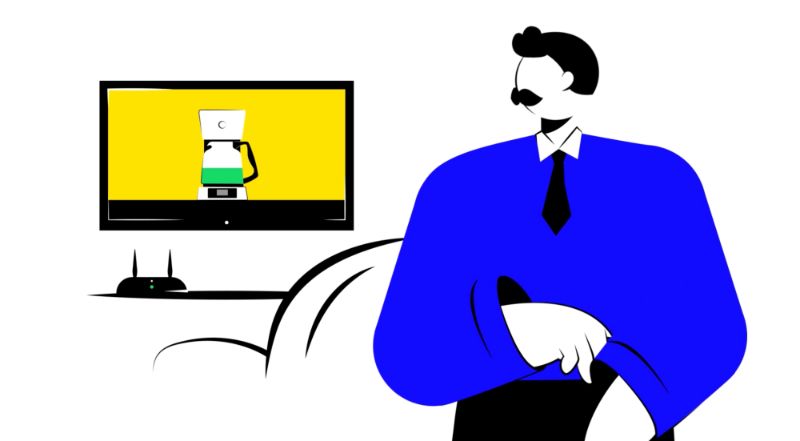 For creating digital video ads, there are certain standards that shouldn't be ignored, and we’re going to examine all those standards with the examples I've put together.

One of the main differences between TV ad viewers and digital ad viewers is that the digital ad viewer has more and easier options to skip the ad compared to the tv ad viewer. So, for digital ads, it's important to create sharp and short concepts. This is the reason why the "The Watch Standard" video starts my list. From the beginning, it puts together all the benefits and important points, so the viewers will instantly know if this is something in their interest or not.

If you want your marketing message to be successful as well, try to hook your target viewer as quickly as possible, right from the beginning, so that they’ll discover the crucial points about you before potentially skipping the ad.

2. Lincoln, Thinking Of You

We’ve seen many commercials from Lincoln across television. But even for Lincoln, it's time to move forward and create digital commercials. What we are traditionally used to seeing from Lincoln are live-action product videos created especially for tv ads. This time they created a simple yet compelling video that emphasizes their client-oriented services.

The video points heavily to the fact that if customers want to see any of their vehicles, they can contact Lincoln via their phone and a Lincoln expert will take them on a virtual tour, so they can check out anything they want.

Simplicity is one of the advantages of digital commercials, and the creators of this video did a great job to achieve that goal and motivate the viewer to take the first step in buying a Lincoln.

Useful Recourse
Animation Vs. Live Action: Which is Better for Your Business Video

Have you thought of creating video campaigns that can successfully be used for both digital and TV ads? Running both types of ads can definitely increase your reach.

The Panike video is something that I wanted to show as it exemplifies how it’s possible to create an ad that can be used for both media channels.

For creating such a video, Panike mixed live-action with 2D motion graphics to take the viewer on a journey through the memories and flavors of Christmas. For a company that’s produced the same cookies for more than 30 years, this is a great chance to remind their customers about the taste they still love.

Have you have ever seen a digital video advertisement that’s just as spectacular and interesting as something like, say, a Pixar or Dreamworks animation? The Heinz team created this beautiful video that eventually turned out to be one of their best commercials. Even without running it as a typical ad, this video gained more than 63 million views on YouTube alone. It took more than a year for their team to create it, but the effort they put in was worth it.

With the right story and high-quality video, your digital video advertisement can spearhead a highly successful campaign, so don't overlook a concept just because it’s work-intensive.

The digital advertising industry has officially surpassed television in the amount of advertising dollars spent, and it’s only expected to grow from here. According to the eMarketer report, digital will surpass two-thirds of all combined media spending by 2023.

If you plan to redirect your budget to digital ads, then this digital video commercial from General Electric is another great example to learn from. The video was created back in 2013, but doesn’t lose out on any of what it takes to be on top. This was possible as they crafted the right evergreen story that created parallels within their technical innovations, driving the viewer to be engaged with the brand.

Mixing different stories and creating parallels is one of the key ideas you can use for your own digital video ad.

Live-action can be a great solution not only for TV ads but also for digital video ads. This video from T-Mobile is one of the most searched for Super Bowl Ads from 2021, and proves that using a celebrity in your commercial still influences the viewer, especially if you have a good comedic script.

Sure, creating this type of content is not affordable for most businesses, but if you're among the elite who can afford a big budget then don't be stingy, as it can turn your video ad into a highly successful campaign. 26 million views in less than a month, and that’s on YouTube alone. Ends justify the means!

Everyone knows the rock, paper, scissors game, but how was it possible to turn that game into such a perfectly designed anti-bullying campaign from Google Android?
I will never stop repeating this - the story is the most important thing about any marketing message. We have seen so many glamorous ads across different media channels, but much of that content is automatically sent to the trash bin, as modern people’s brains keep only the things that matter for them or the stories that trigger the right associations.

8. Nike Joyride - Behind the Design

Nike's new Joyride is introduced by its product manager, which is already an interesting way to catch attention differently. Through the stunning design animation and the narration of how joyride functions, Nike's team elevates interest in their product and motivates serious runners to give it a try. This is what an advertisement is intended to be.

9. Honda - The Power Of Dreams

Using this paper animation technique, team Honda created the "Power Of Dreams" digital video commercial about the evolution of Honda vehicles. The final product turns out to be quite impressive. The producers chose to show the actual human hands that move the paper scenes through the video without using any CG. This way, they tapped into the associations of real humans who had been working and building these cars with their hands through perfecting and designing new models.

The whole process of creating this paper animation was so challenging that the producers filmed another video that shows all the process of filming it.‍

One of my favorite digital video commercials is the Airbnb "Breaking Down Walls" video. The narrators really make an impression on the viewer by creating a real-life story that would leave hardly any viewer untouched. With this technique, the company calls on its main advantage - hospitality - where all 7.5 million people have a community of involvement.
‍

With the recent news that digital ad buys have finally overtaken traditional media commercials in spending, there’s no better time to get on board with your own company. Our expert strategists are always available for a free consultation, whether you’ve got your own ideas for a digital commercial, or you’d like us to start the journey with you. Contact us any time.