The Best Explainer Video Companies Around the World

We’ve compiled this list of the top explainer video companies from more than 2 dozen countries around the world. 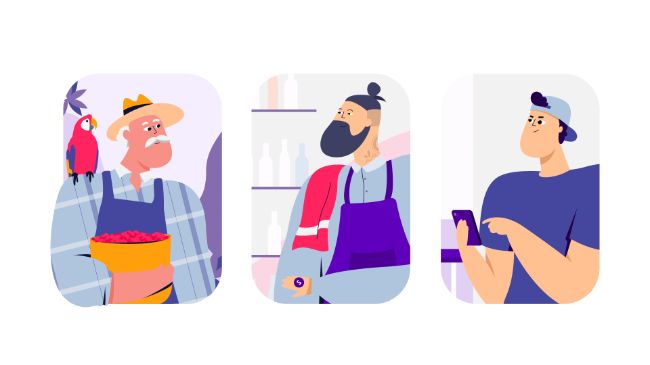 Let’s say you want to make an explainer video, but you’d love to have someone nearby. Maybe even a company you can meet with face-to-face. Or at least be in the same time zone as them for your calls.

We’ve compiled this list of the top explainer video companies from almost 30 countries around the world. And even if they’re a country or 2 away, they all speak English so you’ll be able to reach out that way.

Best Explainer Companies In The World By Country

Yans Media is a top choice due to their in-house marketing specialists.While making an explainer video is an important piece of your sales funnel, creating one with sales and marketing in mind is just as important.

The team at Yans digs deep to learn everything about your business needs and goals, and then crafts a video that showcases how your company provides solutions for your customers. And it’s all done with excellent visuals and powerful narrative storytelling.

If you’re looking for an explainer video that pops with color and fun, Argentina’s Zublime is a great choice. Operating out of Buenos Aires, Zublime is making a name for themselves in the video production community with their unique style and eye-catching designs.

From the land down under comes Motionstory, who are quickly growing to be one of Australia’s top explainer video providers. They are big on working with businesses to create a unique video message that fits each brand. So if you’re concerned about sticking out in the crowd while staying true to your identity, look them up!

The Major Design is a creative firm that does a variety of different animation styles. They work with the industry-standard 2D motion graphics, but also do whiteboard and stop-motion painted art, which is awe-inspiring and very unique.

Lemons has been around for 5 years now. In that time, they’ve worked on over 500 projects – that’s over 100 a year! They’ve used that rapid growth and experience to help them become good at crafting brand messages with strong narratives, customized for each business they work with.

First impressions are important. It’s no different for companies. And when you first visit the website of Squarefish, you can tell they are extremely detail-oriented. Squarefish creates visuals so beautiful, you may ask yourself why they don’t make films. Well they do. They’ve done many shorts, and just recently a feature-length movie. But in between, they also do very-high quality explainer videos. If you’re working with a healthy budget, Squarefish should be on your list.

Another high-end studio, Lobo also creates gorgeous visuals. Whether it’s traditional but highly-detailed 2D animation or 3D videos that push the boundaries of creativity, Lobo is another great choice if you’ve got the funds. Although they’ve got multiple offices around the world, they were founded in Brasil so that’s where they sit on our list.

Blurring the lines between art and advertising, Giant Ant continues to put out award-winning work from Vancouver, BC. While originally known as an all-purpose firm, they have since split and live action videos are now done for a sister company. That means Giant Ant can now focus entirely on creating animations.

If you’re not entirely sure what kind of video you need, you may want to look into Produkcija Pokret. Not only do they produce explainer videos, but they also do branding videos, standard commercials, and more. And they do them both in animated and live action

Based in Helsinki, Boutique wins the award for shortest website name on our list. Joking aside, one of the things that makes Boutique special is that they showcase all of their artists individually on the “Roster” page. What this means is, you can take a look at each artist’s style, and if something fits your brand especially well, you can contact Boutique and work with that specific designer!

We’re going to take this opportunity to share a tip, using WeeDesign as our example. One of the most important things you can do when choosing your video production partner is take a good look at their work. We know you’re busy, so a great way to do this is by watching an agency’s showreel. Most will have one easily accessible on the home or portfolio page, and that’s the case with WeeDesign. And when you watch WeeDesign’s reel, you’ll be able to see examples of great content, while at the same time getting an idea of whether or not they fit the tone of your own company.

Mynd has been in the explainer video production business long enough to create over 4,500 videos for clients all across the globe. They have also streamlined their process to tailor to those who have a strong idea of what they want. As soon as you access their website, you’re asked what kind of video you’re interested in. From there, you’re given clear options and pricing, as well as the opportunity to talk further with someone if you have any questions.

BluBlu Studios is another heavy hitter in the beautiful visuals category. They do a lot of work with fashion brands, but are definitely not limited to any one type of business. Their website is worth spending a few moments on just to see some of the incredible pieces they’ve designed.

Animation Explainers is a video production company based out of Dublin, Ireland. They make it easy to see the kinds of videos they do for every different genre of business. That, in turn, makes it easier for you to see how your business may look with a video from them. Simply go to the main menu bar at the top of their site and you’ll be able to drop down to all the different businesses they have created videos for.

Nerdo is yet another company with award-winning visuals in their history. Although they mainly work with mega-brands such as Nike, McDonald’s, and Google, they are gradually adding more startups into their roster of clients.

Breaking News! The Animotioners have just announced a rebrand. They are now known as Reach Studios. But their awesome work is still on display, front and center. Remember what we said about watching a studio’s reel? Along with the rebrand, Reach has their 2019 reel up and playing, and it’s a great insight into the current art and animation trends. They may have a new name, but their solid work remains the same.

From Oslo, Racecar is one of the veterans on our list. As a matter of fact, next year they will be celebrating their 20th anniversary as a design studio. And it definitely shows in the work that they put out. These guys are another group that’s worth looking at just to see the cool concepts they come up with. As a side note, did you know racecar is a palindrome (spelled the same backward as forward). If not, now you do 🙂

Fromsquare is a video production agency based in Poland. While some companies use a variety of styles and techniques, Fromsquare instead chooses to stick with one style, which is evident as soon as you click on their main page. But there’s something to be said about that; we’ve always said it’s better to be great at one thing than “okay” at many things.

Speaking of being known for a thing, MezzoLab, from Portugal, is known for their use of fun characters in their videos. With characters, even animated characters, you’re able to make a human connection and create empathy in a far more budget-conscious means than live action often costs.

Toondra is one of the most versatile animation studios out there. What we mean by that, is if you’re looking for anything animated, they’re up to the challenge. Toondra does way more than explainer videos, and is happy to chat with you if you’ve got additional ideas like icons, game animations, and more.

You don’t find a lot of production studios with their own mascots. As you could probably guess, Miss Moose’s mascot is a moose. As a matter of fact, their demo video is all about a singing moose. Check them out, especially if you’re looking for a laugh!

A personal favorite, BeWilder from South Africa is a testament to what can be done with all different kinds of animation. From motion graphics to 3D short films, their impressive designs show a major attention to detail. That’s probably why they are picked to partner with big clients from every corner of the earth.

D3form is making waves from Spain, not only for their traditional 3D visuals, but also for their early jump into new territory. While AR and VR (augmented reality and virtual reality) are not filling our homes like TV does just yet, that technology is a part of the future that is undeniably coming. And D3form is jumping in headfirst. So if you’re interested in becoming a trailblazer with a VR explainer video, these are the guys to get a hold of.

Explainer is all about “business”. While some agencies are branching off into short films, trendy animations, and the like, Explainer is focusing on creating the best, well, explainers that they can for corporate audiences. And it makes sense. If your company name is literally, “Explainer,” you are making it quite obvious what you’re all about!

WeAreAlive is a firm in the United Arab Emirates that is taking production a step further. While the majority of production companies (yes, even the “big” ones) license music tracks from third-party vendors, We Are Alive creates their own music for their videos, making them 100% custom from top to bottom.

Untime Studio is rising to the top of the Ukranian animation studio industry. With flashy visuals and strong storytelling, they are another firm that’s branching out beyond explainers and into different territory such as short films. If you’re near Kiev, check them out!

When it comes to explainers, sometimes you want serious and strictly business. But sometimes you want attitude, style, and fun. And if that’s what you’re in the market for, Buck is thestudio for you. Just spend a minute on their website and you’ll know whether or not they fit your message. And if they do? You’re gonna get something special for sure.

We hope you enjoyed this look at the top explainer companies from around the globe. It’s always a great idea to shop around to see what’s out there and who fits your brand best. If you’re looking for insight to get your own explainer video done, feel free to contact us at any time for a free consultation.