Why video marketing should embrace the change today. Research by Yans Media 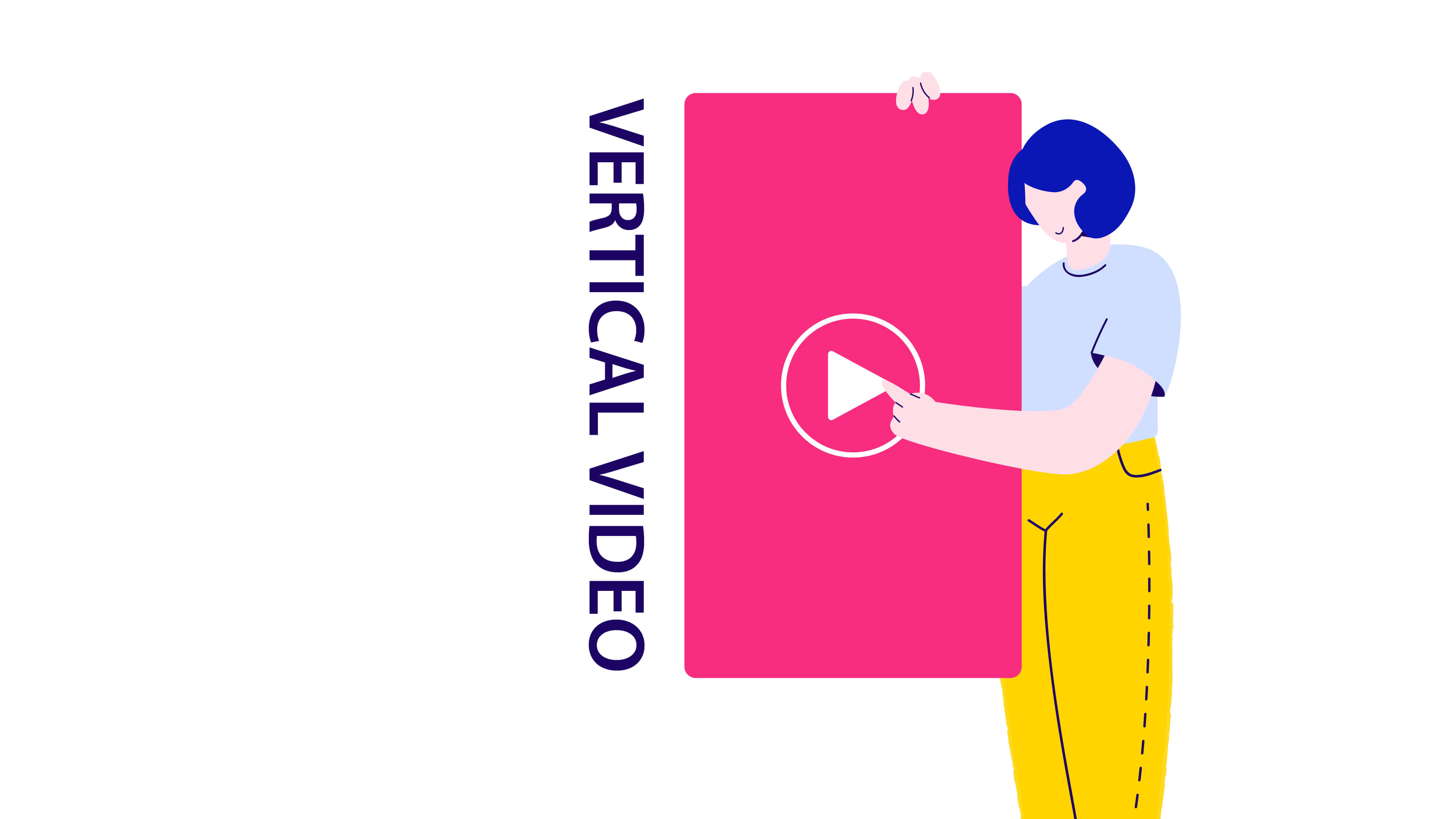 Wondering what the vertical video fuss is all about? Here is why your digital video marketing strategy needs to embrace and adopt this intuitive aspect ratio.

You must have already seen them on some social platform by now. Especially if you use Instagram or Snapchat.

What are vertical videos?

Vertical videos are simply videos in portrait orientation with an aspect ratio tailored to fit your mobile phone screen.

The aspect ratio of these videos is 9:16, which is precisely inverse of the standard HD 16:9 ratio in landscape orientation.

As much as it sounds simple, it is proving somewhat disruptive.

Just because your video editor or production company is frowning at the idea of vertical videos, it doesn’t mean it is a bad change.

This is where marketers can teach the technical producers a thing or two about connecting with their audiences.

It is not a secret that for a long time most industry professionals and marketers saw such videos as shabby and unprofessional.

But things are changing for this new format of storytelling.

Well, if you look at it, vertical videos make sense when it fits the mobile screen in the portrait mode.

But wait, vertical videos have only started making sense very recently. Never before in history have the number of phone users been consuming video more than the users of any other device.

According to the marketing survey giants Nielsen, the adults in the United States spend as many as 10 hours 24 minutes each day connected to media in the first quarter of 2018. Though the more important part of that report is that 65% of the time was spent on mobile phones. This trend is only on the rise.

Your audience is lazy, and statistics prove it. According to the MOVR Mobile Overview Report, no less than 96% of people hold their phones in portrait orientation or vertically.

Furthermore, less than 30 percent of such people will bother turning their phones if the video is horizontal.

What that means is that your landscape video ends up losing screen real estate on the mobile phones of an overwhelming majority of your potential customers.

In contrast, vertical videos perfectly filling up the mobile screen leave no room for distraction.

The Results Drive The Conversation

It is not just mobile usage that makes a compelling case for vertical videos, but sheer results.

According to Snapchat, one of the early leaders in the vertical video advertising market, vertical results in 9 times greater ad completion than horizontal video ads.

Major corporations such as Audi have found vertical videos to have outperformed the traditional ones by 80 percent as reported by Mobile Marketer.

In another study, a video marketing platform Buffer also found vertical videos to have generated 68 percent more engagement on advertisements worth $4,000.

Vertical videos resulted in the least CPC (cost per click) and CPV (cost per view), which meant that those video ads were the highest value for money.

Furthermore, these ads resulted in more 3-second views than any other form of video.

The same report suggests a far greater response on vertical ads, which surpass even the square facebook dimensions.

Vertical Videos are not Just a Fad

This relatively new resolution is not going to go away until we fundamentally change how we design smartphones any time in the not-so-near future.

Digital media advertisers are not the only ones going vertical. They have only followed the trend generated by social content platforms such as Snapchat, TikTok, and IGTV.

Even major artists are now not afraid of publishing vertical resolution music videos, completely ditching the horizontal “cinematic” aspect ratio so many traditionalists in the media industry are in love with.

There is no doubt that vertical videos have not yet become ubiquitous in the digital space, but here is what every marketer can count on. Video production companies already responding to this change will go a long way making their mark in a market that is responding warmly to it.

Yet, Vertical Videos are not For Everyone.

But that does not mean every video has to be in landscape orientation every time. A crucial part of using vertical videos is the clarity of usage. Nobody knows the purpose and destination of your video better than you. But you can be sure that nobody is a loser when opting for this video format.

The bottom line is that most organizations, marketers, and advertisers commissioning explainer and promo animated videos will primarily use these for promotions on a digital channel.

Therefore, while they can opt for a standard 16:9 horizontal video for formats such as longer films and on websites, they can always go for 9:16 vertical videos for ads and promotional posts, or at least square dimensions friendlier to social feeds.

Here are a few things that could help improve vertical video results.

How to Get The Vertical Videos Right

Here are a few things which you can do to improve the quality of your vertical videos.

As we have entered the era of vertical videos, it is of the utmost importance that producers make vertical videos the right way. Therefore, consulting with a professional video production company to explore your options for both horizontal and vertical videos makes all the difference in the world.

The results speak for themselves. In the end, it’s all about where you would rather put your money.